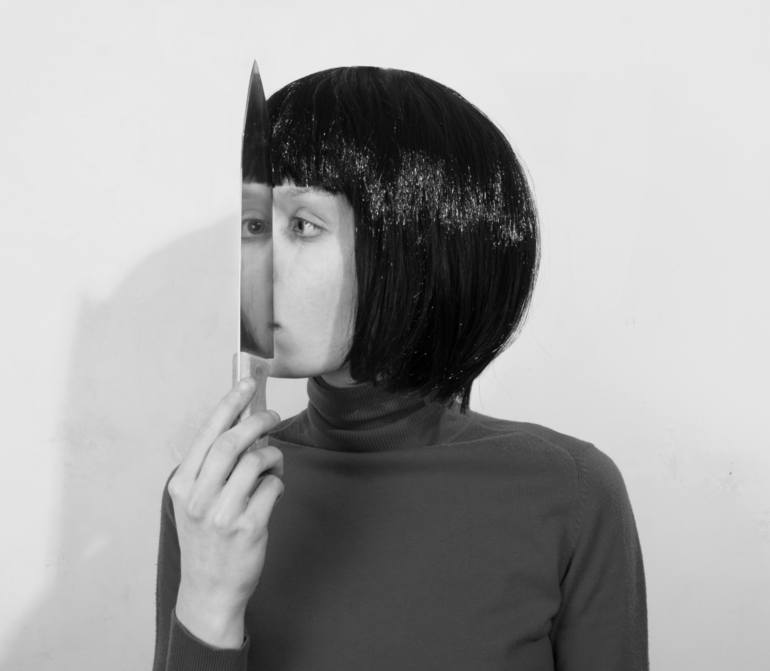 See me! by Flora Borsi © 2014. Flora is a young fine art photographer from Hungary. She uses exquisite photo manipulation to create surreal images that are thematically focused on identity, relationships,  emotions and dreams. Her immaculate technique and subtle conceptual ideas create beautiful evocations of universal emotions, from lust and desire to despair and loss. She has won numerous awards and has been featured in The Guardian, BBC Culture and The Huffington Post amongst others. You can find out more about her here or follow her on Facebook.

I retrace my forlorn footsteps.

I exit from a subterranean labyrinth at the green path. The last time I was here, I watched you disappear into the decaying mouth from which I have just ascended. I turn to my left and walk towards the road of little towers, each step more hesitant than the former. Inhaling a cigarette, the ones you smoke, I wait on the corner. A few more steps, a few more steps.

‘Why do we burn? Is it because we dared to hold hands with God, or because we hold each other?’

I walk down the road of little towers, ruins of buildings lining each side. I stand outside your hostile door and my finger hovers over the bell.

I look up at these walls of contested emotions, my finger still hovering. I briefly glimpse my distorted reflection in the silver curvature of the bell, but I no longer recognise my face. I look at your windows, my gaze unable to penetrate into the rooms containing our words. After all, it is words that are the cause of my masks.

Kashif S. Choudhry is a prize winning British writer and surgeon. His works have previously appeared in 3am Magazine and The Asian Writer, along with various anthologies in print. Influenced by surrealism and aesthetics, he has recently completed his first novel. You can follow him @kashchoudhry