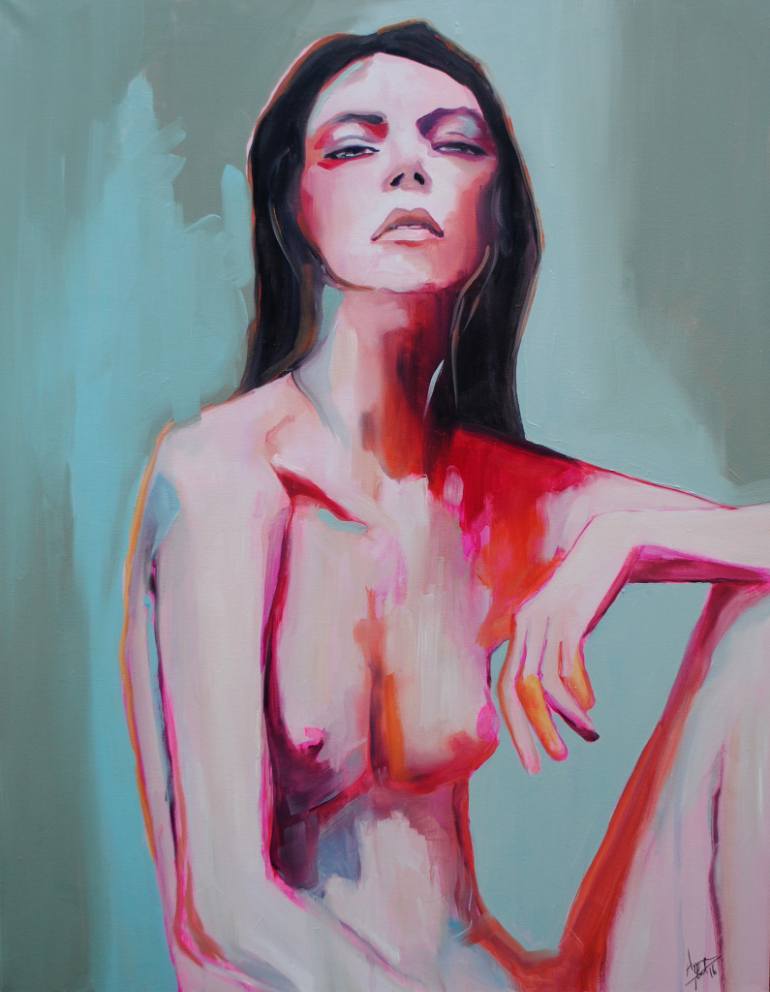 Truth has no temperature by Anna Matykiewicz © 2016. Anna Matykiewicz is Polish born, living in Ireland. She works in watercolours, acrylic, oil and ink. She completed her B.A. in Visual Communication in 2005. You can follow her on Twitter, find her in the Saatchi gallery, and see more here.

Newsfeed is an odd word for the stuff I see daily, because it isn’t really news, unless you think the doings of cats are vital; it doesn’t really feed you unless you consider the deeds of cats to be satisfying. Imagine, though, turning on the television to see swooping into view a swirling globe and three huge letters in bright, bold colour, the kind infants adore, the blare of French horns, the chatter of drums and the deep voice of an announcer telling you: You’re Watching CNN. Cat News Network. Our top stories tonight: panic as kitten discovers her reflection; amber alert issued for missing calico; part four of our investigative series on the comfort of cardboard boxes. And in weather, a thunderstorm warning—cats advised to seek shelter under bed.

Doesn’t the word viral mean contagious? Not a thing you should desire.

Even the bad stuff.

We love the bad stuff.

A man walks into a school with a semi-automatic weapon. Hashtag EndGunViolenceNow. A woman, hands in the air, not holding a gun, or a knife, or even a stone, killed by the men who serve and protect. Hashtag BlackLivesMatter. A drowned brown boy found on a beach. Hashtag KiyiyaVuranInsanlik, which is Turkish for humanity washed ashore

We take the clickbait and we like how it makes us feel.

Even though we don’t pray at all.

We say to ourselves: this is important I need to do this. What we mean is: people need to see me doing this. Now we can face the mirror and smile. We gather all our likes, these little yellow shocked faces, these tears, these pulsing red hearts and fold them into us, put them in a jar and screw a lid tightly on it and put it at the back of the cupboard behind the flour and the instant coffee and that tin of nutmeg we’ve never opened, like we’re getting ready for an impending disaster, an apocalypse of disinterest and it’s time to stock up on approval.

When what we really need is to visit the storehouse of love.

Niall McArdle is a writer and critic from Dublin. He writes about arts and culture for 2paragraphs.com. His short stories have appeared in the Irish Times and Phoenix Irish Short Stories and broadcast on RTÉ Radio. In 2016 he was shortlisted for the Hennessy Literary Awards and the Francis MacManus Short Story Competition. He is currently completing his first novel. He blogs at www.ragingfluff.wordpress.com and tweets at @ragingfluff