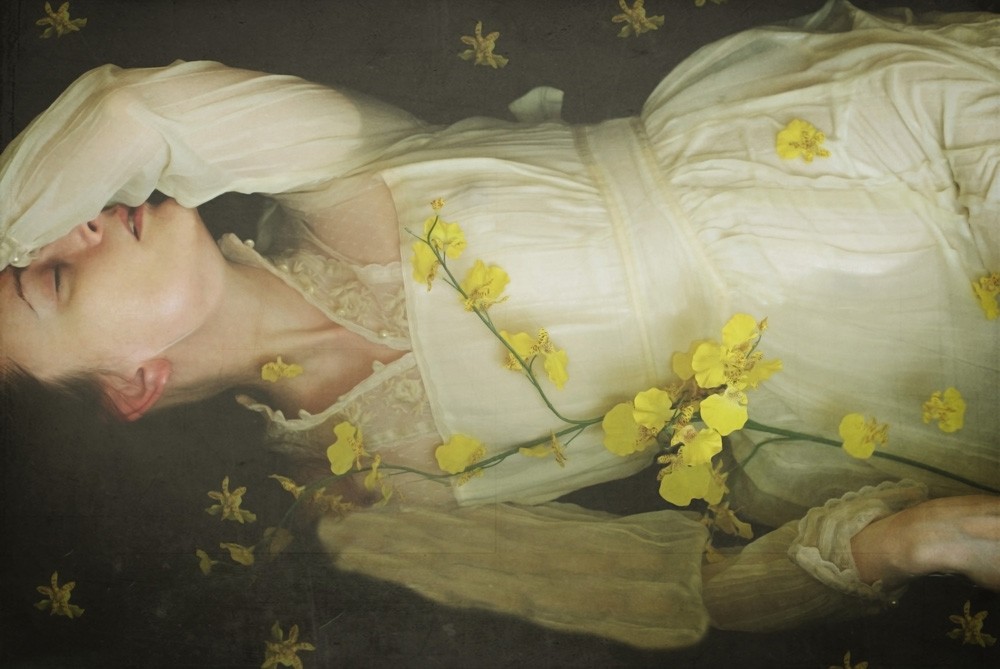 Running water by Elle Hanley © 2015. Elle Hanley is an American fine art photographer currently living and working in Seattle. Elle enjoys the challenges of creating something classic and timeless from a thoroughly modern process, and the contradiction between the two is a strong theme throughout her work. You can find out more on her website.

Cold water for the swimmers.

Credit to those, unlike you,

who stay in for at least five minutes.

Credit to those willing to shout

“you don’t notice after a while,”

shivering, regretting, but not giving in.

No credit to the old fishermen

who didn’t learn and flopped around,

although they had their reasons.

Or rather, one: too chilly.

Numb. But we mustn’t complain.

If the Atlantic gave a hug,

thousands would be here,

slumped and heapy on the sand —

instead of only us, naked,

and that lingering Dutch twitcher

looking on from a distance.

Seth Crook taught philosophy at various universities before deciding to move to the Hebrides. He does not like cod philosophy in poetry, but likes cod, philosophy and poetry. His poems have appeared in fine magazines and e-zines. One was selected for Best Scottish Poems of 2014, which you can read here