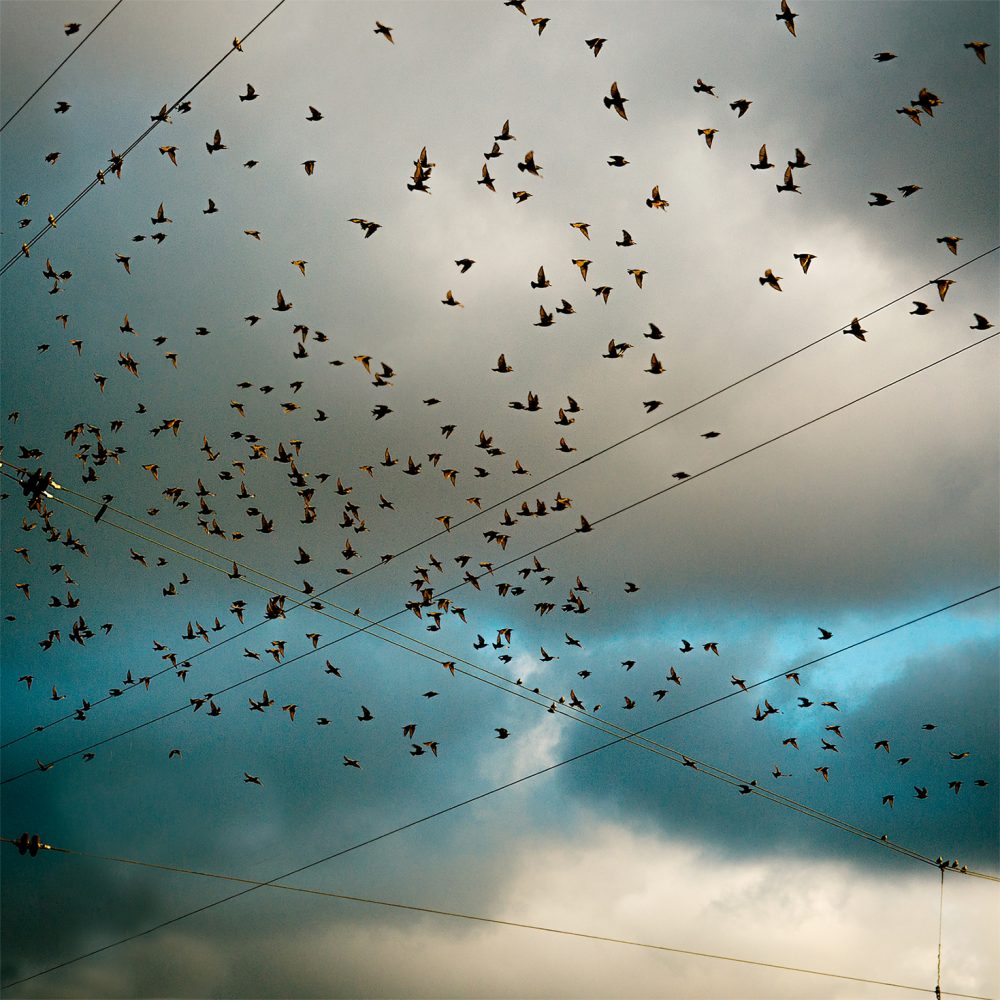 Flock by Sanda Semelka © 2017. Sanda Semeika is a musician and photographer originally from Latvia who has been living in Ireland for 10 years. She is co-founder of SandS Photography. You can view more of her work on her Facebook page or follow her on Instagram.

The Rabbit up there in IMMA has finally

come to life, had enough of people taking

his picture without consent, the metal of

corporeal. Stepped down into dark sunken

gardens, the chewing gum limbs of him wily

and free, gambolling around sphere trees and

Wellington glowers from afar, a statue on her plinth

grinding, craning her stony neck to get a goo at him.

twirls away up to a chestnut tree, fulsome leaves like

He switches his softening face towards town, coils legs

around, barber pole pattern. Loping, he finds his purpose

in the still waters around the hips of Anna Livia, she takes

his hand, the bean pole and the floozie, it’s the greatest love

story ever told. I want my children she says, they spill out

of her hair, they spill out of the Ashling hotel, file after drip-

pub hanging baskets are pink women in labour about to drop

glory. The lovers and and growing rabble of school uniformed

children, pyjama’d children, tae kwon do children, up the Dubs

at the door children, Queenie-I-Oh children, armbands and Crayola

and very little dóidín suckling children snake their way up past

Moldovan shops and Brazilian bakers, levitate the Luas tracks, they

float over the puke and piss and damp sleeping bags of Henry Street,

At a trot now, more children spill out from hotel windows, a mass

of laughter and sand in eyes, the merry eyes of them, on down past

Cassidys and Trinity, up to mad Molly and Phil Lynott they’ll sing

them art and myths and music and love and why shouldn’t they.

Ingrid Casey is a writer and teacher, a Dublin native living in Kildare. Her work has featured in journals across Ireland and the UK, has been shortlisted for literary prizes such as Doolin festival and the Francis Ledwidge Memorial prize. She has been awarded the John Hewitt bursary in 2017. Current poetry is available in the Three Drops' Press anthology of ghosts and hauntings, 'White Noise and Ouija Boards'. Her fiction is forthcoming in Wales' winter edition of the Lonely Crowd. A first collection of poetry is also forthcoming in 2018.