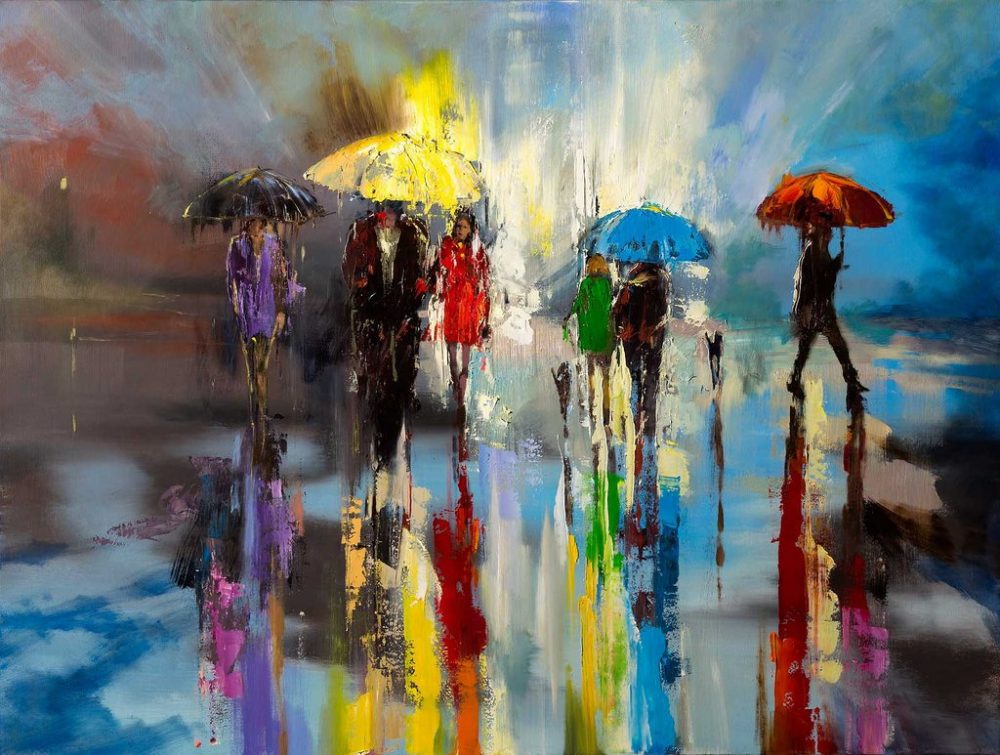 Daily Walk by Eva Czarniecka © 2017. In her work Eva breaks things down to visual essentials: light, shade, balance, movement and tone. She wants to capture the essence of a moment, telling a story through diverse colours and patterns. You can see more of her work here.

The death of his (the ex) memory came

in the letting go. So did the worship of

to happen for me then. Shelter (the silence of

and light touched the morning, my breakfast nook and toast.

The sky cold and blue even on a summer’s

day. The forecast was that protest has its

own pace. So did the kitchen table bathed

in orange light. I too had a public image, a

front and a private one. As did my father and mother.

We seemed to be ghosts tied to each other.

From ankle to ankle. Sworn to secrecy as

to what had kept us together through the centuries.

After reincarnation, our debts to each other

were still not settled. Although we never

returned as ghosts. Each one of us. To roam this world.

Unforgiving. Wretched as death. Our travels

We only had a watered down love to give

that made it difficult to let go of each other.

We walked down the same corridors until

they gave us the knowledge of all things

But that didn’t matter. It never distracted us.

It gave us a colossal vision and we learned

in our own way to love our cares, and our

burdens and each other all over again in an

a holiday by the sea and every death was a

Dark eyes. She has a halo. A German nose.

It was a daughter that taught my parents how to

hold each other up in seismic times. It is that

same daughter that is writing this now. The facts of her life.

Filling in the blank spaces of longing for a partnership that

could carry her all her days for the rest of her life.

Abigail George briefly studied film at the Newtown Film and Television School in Johannesburg. She is a regular contributor to the webpages of Africanwriter.com, Bluepepper, Hackwriters.com, Itch, LitNet and many more. You can find out more on her blog.