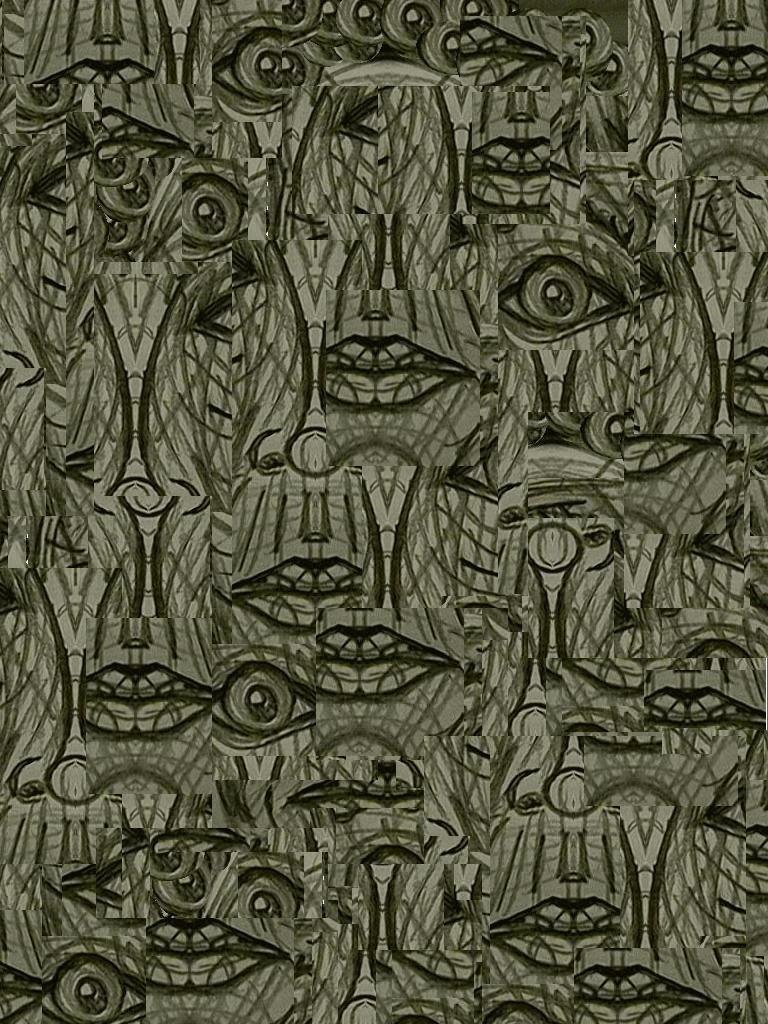 The Herd by Kevin Nolan © 2013. Kevin Nolan is an artist: writer, poet, film maker, singer/composer and visual artist. He lives and works in Dublin City, Ireland. You can learn more about Kevin here

Ry left her the spot in his will; made sure the company owned it and kept it safe, just for her. She never went back, not in reality, not to Earth-proper. But now Saskia was pregnant with her third and it was time to make one last trip. That was the place. That’s where she wanted to be when Age Concern came.

She disconnected the suite as best she could and scheduled a valuation, giving the bots a few free hours of roaming in the manner that had always made her smile. Gliding figurines skimming over prime floor space, like privileged Victorians on frozen lakes. She tricked herself into pretending they would stay like that forever. Maybe they would.

The shuttle took her in-world to the London platforms, to Juliet first which, like everywhere else, had long lost the serenity she remembered but it was a good place to stock up on chip-supplies for her suit. Then she rode the cascades, down past Jubilee, Glasto, and the Net islands, refusing to disembark despite the best efforts of the hustlers at each dock. After Olympic she managed to grab a seat and didn’t leave it until the spires of Plymouth were swallowed back into the clouds and the carriage clicked her onto dry land. Back in dear old England. She looked up: the St George sky stretched out above her like a forcefield.

She queued for Ry’s Plymouth gravetag and phoned up Saskia so they could mutter nothings of remembrance to the Age Concern slideshow. Saskia took the opportunity to make her apologies, which were a bit bloody late now, but easily waved away. They hadn’t physically seen each other in ten years; the girl was nothing more than highly polished pixilation, shrunk or stretched depending on the screen of choice. Besides; Saskia’s birth had been the beginning of the end for her own mother, so who was she to complain?

The last of her savings went on a car hire; an old 2020s Ford with five seats and manual controls, but she let the satellites do the driving. It was nice to feel the bump and swerve of wheels again. She told her suit not to regulate her for a while and let the rhythms of the journey lull her to a final sleep. She woke at the border of Scotland and watched with mild interest as St George gave way to St Andrew, neither looking particularly strong in the pink fades of the September sun.

It was full night when she reached what was left of the Cairngorms. Despite its complaints, she shut down and peeled off her suit and left it in the boot of the car. In its place she put on hiking gear. Proper togs: fleece, gloves, boots, hat. She slipped Ry’s old map into its laminate pocket and tied the pocket to her belt.

Tourists grinned and nodded at her as she stalked through outer Perth. She grumbled with Ry’s curses at the bagpipe classics bleating out of the tartan shops, pinning her ears with frustrating precision. Twenty-four hour tat: they seemed to have doubled in number since she was last here. Eventually she left them behind and reached the peak of Ben Macdhui where she paid a reduced ticket price to see the view. It held her for half an hour before she spat at it for being too cluttered. The attendant gave her an odd look which set off her hiccups and giggles. Ry was with her then, she felt, chuckling along in approval.

She took the Eastern descent where, at last, she was rid of other people. The road down crumbled into a footpath which snaked towards the valley and ended at the gateway to the Foxbolt Preservation. Her thumbprint opened the doors, but it also sent an alert to Age Concern. She didn’t have long left – but she didn’t need long now.

A railbus took her through the forests and then up a slow climb to the abandoned observation deck. From here it was a short walk through heather to the X marked on Ry’s map – not that she needed to consult it, her feet knew the way.

Here she stopped. She closed her eyes and breathed in the clean air. It made her head keel and jump, but the pure taste of it was glorious; not a synthetic note, not a hint of human. She peeked one eye and positioned herself in line with the strip of pines that funnelled down the valley. Then she opened both eyes fully and stood perfectly still.

Not a thing. Not one manmade thing.

The stars above, the mountain to her right, the trees to her left, the sloping meadow below. She didn’t dare to turn her head to hunt the view like Ry used to; it had been too many years since she had last stood here and she had no trust left in the rest of the world. But in this spot, standing like this, it was perfect.

And then, after only fifteen minutes, the air began to thrum and bleep so she closed her eyes. The Age Concern aero dropped in from above, projecting down its sounds to announce its presence.

She let it come while keeping the image of the view fixed in her mind. The autopilot announced her name, ID number and age and awaited her confirmation. The tone of its voice was firm but pleasant. She had nothing to fear, it seemed to say, nothing to fear at all.

David Hartley is a short story writer based in Manchester. He has had his work published by The Alarmist, Dark Fiction Magazine and The Cadaverine. He tweets nonsense at @DHartleyWriter and blogs longer nonsense at davidhartleywriter.blogspot.com. Out now with Gumbo Press: Threshold - flash fictions by David Hartley 'By turns hilarious, sinister and poignant, these postcards from the fringes highlight the absurdities of the normal. An impressive debut indeed.' - Jonathan Pinnock, winner, Scott Prize 2011 for Dot, Dash (Salt)