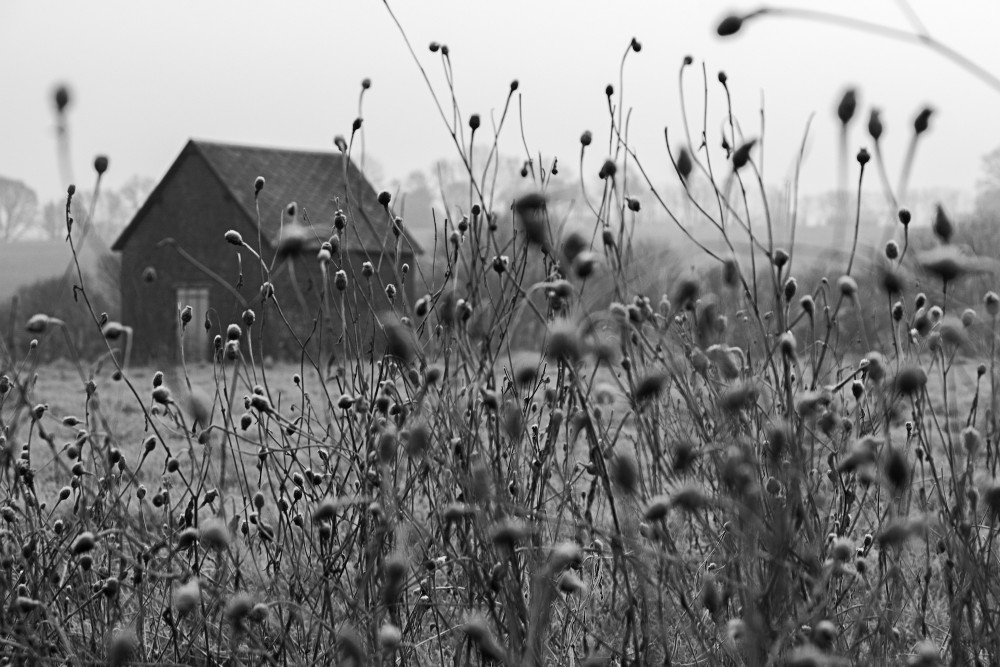 I admit I came to lay it at your wooden door

but stop to let the flaking fact sink in, as if

it mattered; you haven’t painted the door in years.

They called it Burning Ember on the colour chart.

It’s sun-baked now but still reminds of the buttercup

you held beneath my chin, nodding as it shone.

I pretended you were right. For years, when you passed

the little gold parcels across a coffee-shop table, I smiled.

I learned to like the texture but never the salty aftertaste.

The lock remains, the rim now freckled with rust. I must

still have the key; could filter through the bottom drawer,

feel for the grooved edge of a key, cut to mirror yours.

to reveal blue mosaic tiles. Did you strip the paper

from the wall? Let the roses drop in a soggy heap?

the sixth step in case it creaked; could pad softly

to the spare room where the curtains are pulled

to dip my head below a mobile of moon and stars;

watch her breath rise and fall under brushed cotton.

Her golden brows are yours. Her gorgeous lashes flit.

Do you remember the Rijksmuseum in Amsterdam?

How we argued over Vermeer and de Hooch, the former’s

divided, so the two halves could open independently,

allow just enough light to illuminate a patch of terracotta

tile. And how you laughed as I mistook A Mother’s Duty;

saw only silk, not the leather shoes or the small head buried

in her mother’s lap. I believed she was sewing, not picking

nits from a mop of dark hair. I’ll leave the key beneath the mat.

A former teacher and graduate of the MA programme at the Seamus Heaney Centre, Stephanie recently won the Yeovil Poetry Prize, Funeral Service NI prize, the inaugural Seamus Heaney Award for New Writing and the Poetry Business Pamphlet Competition. Her first collection, The Woman on the Other Side is out now with Doire Press. Her pamphlet Copeland’s Daughter is forthcoming with Smith/Doorstep. Find out more here.