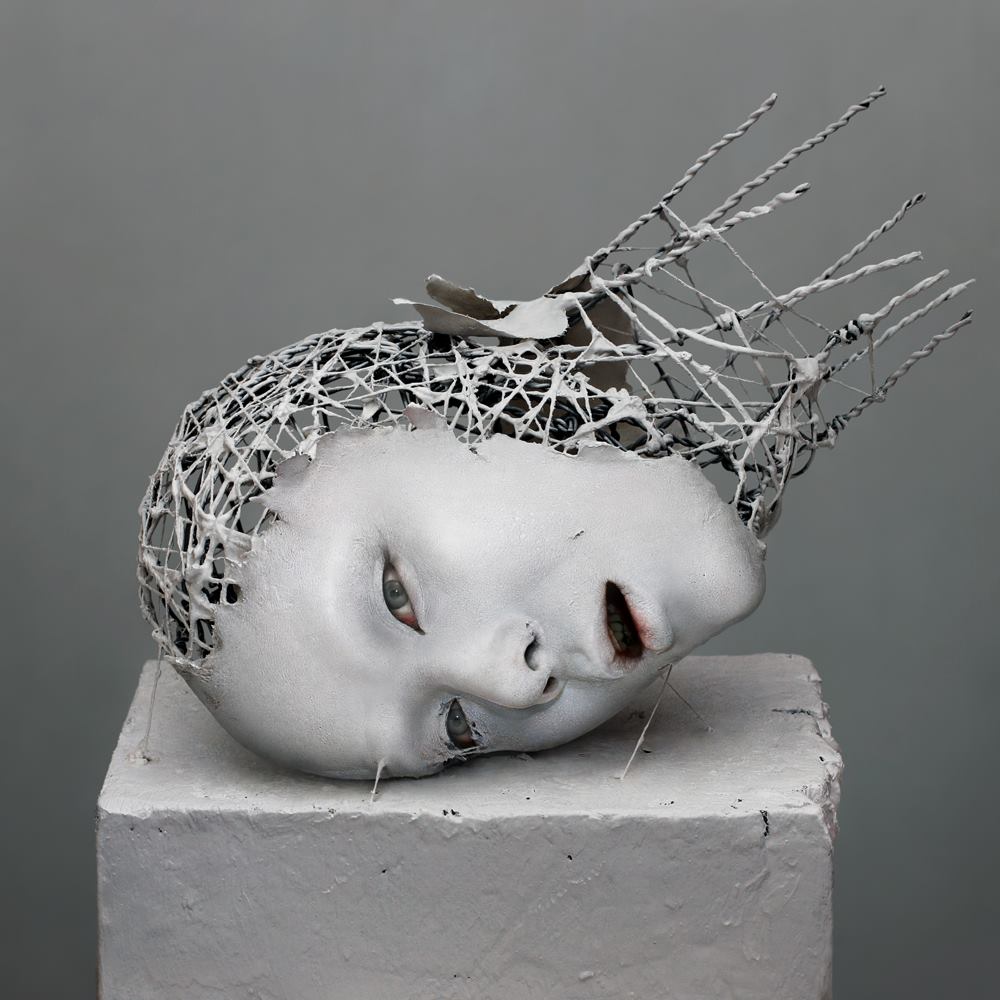 Fragment of LTM3 by Yuichi Ikehata © 2014. Yuichi is an award winning artist whose work focuses on the arresting collision of the real and the non-real. This series is based on the idea of memory as fragmentation,  'on the way to oblivion.' His work has won several awards, including silver in the 2012 PX3 Prix de la photographie Paris. You can see more of his work on his website and follow him on Facebook.

Unable to change his past,

he parted from the flesh.

fell to the ground.

He covered his eyes

broke into a thousand pieces.

Dominic Stevenson is a 28 year old writer from London, England. He studied creative writing and English literature at Kingston University, London, now works for a children’s charity in the city. His first poetry collection, The Northern Line is out with The Only Rx Press in 2015. You can read more of his work here and follow him @fantastical_dom